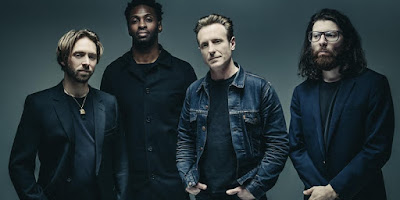 A prodigal talent raised outside of Seattle, Parks moved with his family to study at the Manhattan School of Music when he was 16. Two years later, on the recommendation of a teacher, NEA Jazz Master Kenny Barron, he was invited to join trumpet great Terence Blanchard’s band. That tenure began the relationship with Blue Note that would yield Invisible Cinema, released when Parks was just 24. In The Guardian, John Fordham called the album “a real independent vision,” adding that “Parks is a fast-rising star.” In the September 2008 issue of JazzTimes, Parks was named a “New Jazz Visionary” alongside current giants like Esperanza Spalding, Robert Glasper and Christian Scott aTunde Adjuah. Over the ensuing decade, Parks certainly made good on that early promise. He was an essential presence in Kurt Rosenwinkel’s band, including on the guitarist’s well-received double album from 2012, Star of Jupiter. As a member of the supergroup James Farm, also featuring saxophonist Joshua Redman, bassist Matt Penman and drummer Eric Harland, Parks put out two celebrated albums on Nonesuch. In 2013 he released his first disc as an ECM Records artist, Arborescence, which DownBeat’s J.D. Considine called “a forest-invoking solo-piano effort marked by wonderfully detailed narratives and a harmonic palette worthy of Ravel.” Find the Way, an ECM trio session with bassist Ben Street and drummer Billy Hart, followed last year and garnered equally enthusiastic reviews.
On Little Big, Parks taps into the lessons he’s absorbed throughout those far-reaching experiences, while also progressing some of the au courant sounds he investigated on Invisible Cinema. “This feels like the most personal record I’ve ever made,” he says. What’s more, the album reflects his worldview, an outlook in which optimism and inclusion supersede politics. “There’s a lot out there right now to protest against, and it feels like it’s the artist’s duty to create music that reckons with the issues of the day. Nonetheless, this is not a protest record. It’s not against anything; it’s much more for something. What we’re aiming to do is blend genres and ideas in an open and fluid way, so that structure and freedom work together to serve the larger concept of the song. It’s a way of working together that feels representative of the kind of world I could imagine many of us might want to live in.”

Popular posts from this blog 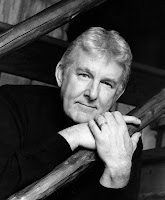 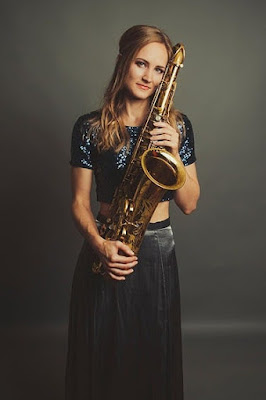 Roxy Coss QUINTET - NOV 22 @ 7:30pm Spokane Falls Community College will have a special guest performing on campus! ROXY COSS QUINTET will be bringing you the soprano saxophone the spotlight it deserves! Winner of a 2016 ASCAP Herb Alpert Young Jazz Composer Award, the Downbeat Magazine Critics’ Poll listed her as a "Rising Star"!!! Don't Miss your chance on NOVEMBER 22 @ 7:30 p.m.
Tickets: $20 for Adults, $12 for students and seniors, CCS Students FREE!
Tickets are available from the SFCC Vendini Store